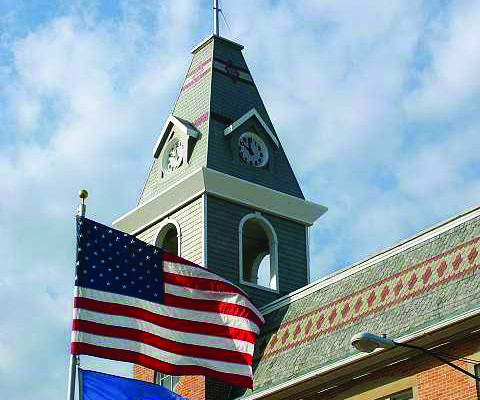 The Put-in-Bay Gazette Newspaper has been bringing South Bass Island residents and visitors Lake Erie news since 1980. Editor Kendra Koehler started the Putinbay Gazette island newspaper after moving to the island.  She named it after the original Put-in-Bay Gazette which was published weekly during the summers of 1936 through 1938.  Seeing the need to publish island news year round, she and her husband, Jeff, began with a typewriter and copier in their island home.

When Apple started desktop publishing with the Macintosh computer, they graduated to the digital age with the first such machine on Put-in-Bay. Today, the Put-in-Bay Gazette Newspaper publishes island news, information about events and entertainment, island stories from years ago, columns from island writers and so much more. If you’re interested in the islands, islanders and everything associated with the Lake Erie Islands, you've found the right place!

It takes a great team to make the Put-in-Bay Gazette newspaper possible every month. Meet some of the faces and names behind the scenes!