View our latest edition of the Put-in-Bay Gazette. See what's happened, what's coming up, and where to find the best in accommodations and entertainment on South Bass Island 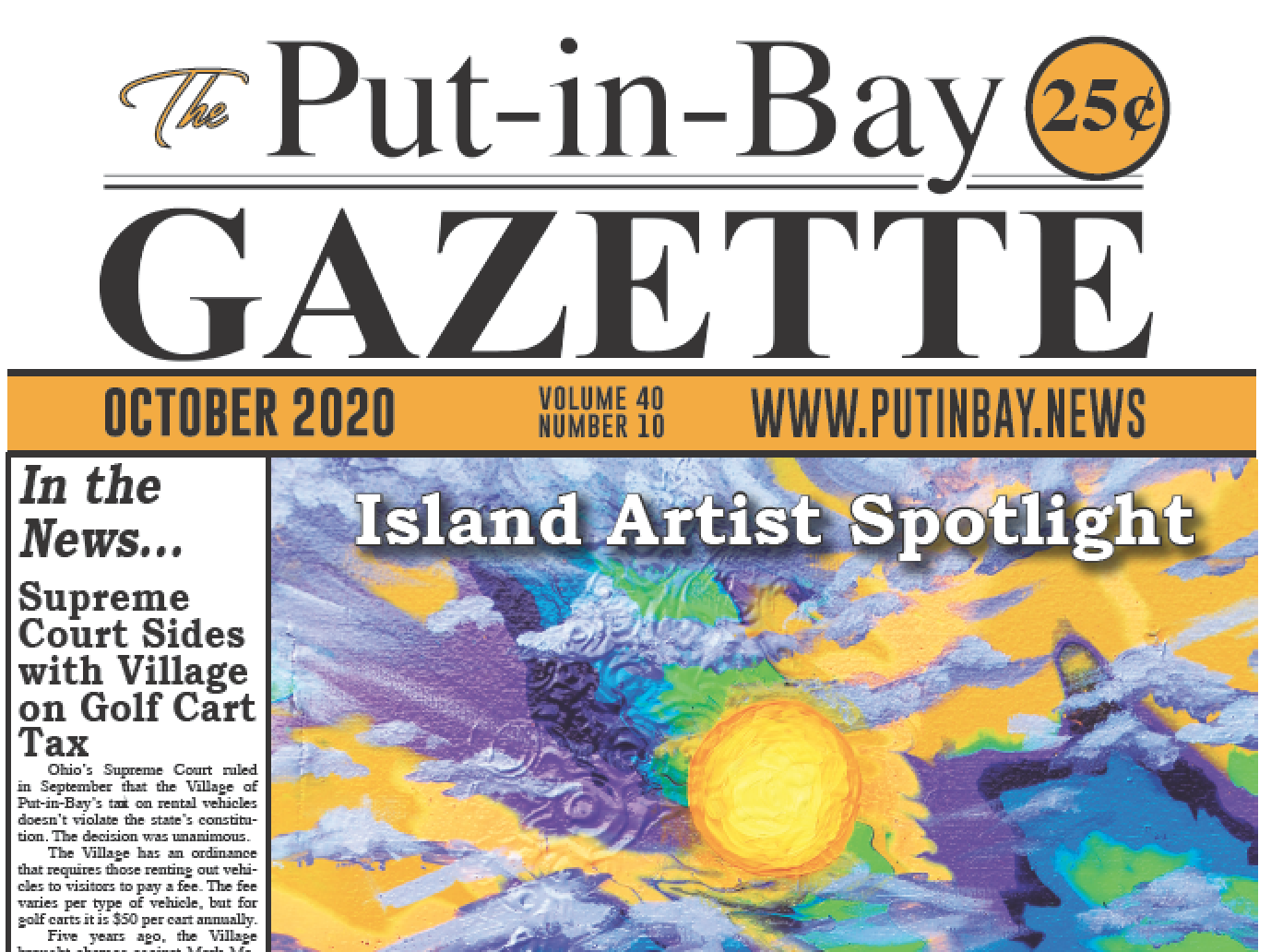 This piece by Echo Hogan-Sheppard was inspired by a walk to the post office. It started with a paint pour to create the marble like sky, then it slowly came to together with layers of flowers, the monument, then clouds and the moon. It is acrylic paint on a 16x20 canvas and available for $350. If you’d like to purchase the piece or see more of Echo’s work you can visit her social media page at www.facebook.com/friedeggyy.

Ohio’s Supreme Court ruled in September that the Village of Put-in-Bay’s tax on rental vehicles doesn’t violate the state’s constitution. The decision was unanimous.

The Village has an ordinance that requires those renting out vehicles to visitors to pay a fee. The fee varies per type of vehicle, but for golf carts it is $50 per cart annually.

Five years ago, the Village brought charges against Mark Mathys from Delaware Carts and the Islander Inn for allegedly not paying the fee to rent out their golf carts. The case went to court where their attorney argued the law violated the constitution because it duplicated the tax people already pay to drive on roads when they get a license plate. Ottawa County Common Pleas Judge Bruce Winters dismissed the charges because he saw the law was “improper and impermissible.”

The Village appealed that ruling to the Sixth Court of Appeals in Toledo and won. The cart renters then took the case to the Supreme Court.

The court ruled against the Islander Inn and Mathys saying the tax was not on motor vehicles, but on the businesses that rented the vehicles.

From what we understand, both companies (and possibly others) have withheld payment of the taxes as they awaited a final decision. Village officials now have the task of collecting the back taxes.